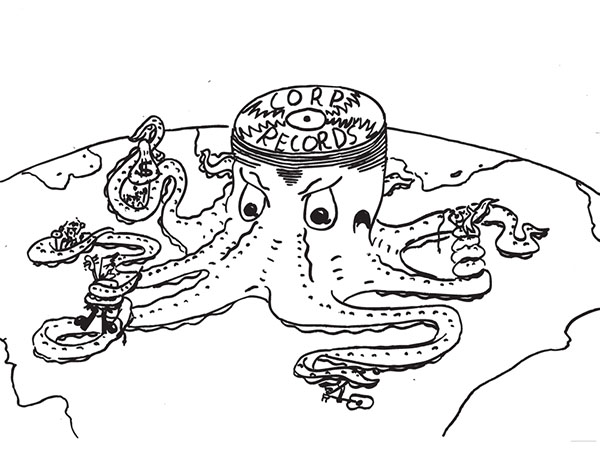 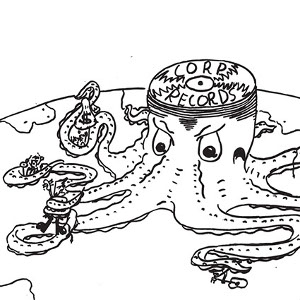 From the great library of Brian Fauteux:

The sharing of digital music demands alternative legalities. Two guiding principles worth considering for rethinking digital music and copyright are The Great Library of Recorded Music and Stewardship, alternatives which seek to move beyond notions of piracy and private property towards a consideration of digital music as shared culture.

In one of those odd paradoxes of technology, it has taken the digital revolution to reassert an ancient, oral tradition: music as shared culture. By extension, the system of copyright that has been crafted for recorded, mass-produced music is arguably outdated in the digital age. Digital music and the ways in which music and culture are shared online demand alternative legalities. Two guiding principles worth considering for rethinking digital music and copyright are The Great Library of Recorded Music and Stewardship. Both of these ideas attempt to move beyond notions of piracy and private property. Instead, these two concepts help to consider digital music as shared culture and a as a public good that could be financially sustained in ways that recognize direct relationships between artists and fans in the digital age.

The Great Library of Recorded Music

Over the last decade, the most striking failure of the music industry has been its inability to produce what technology promised and consumers wanted – a service that provides unlimited digital access to all recorded music. Arguably, copyright has strongly prevented the possibility of such a service. A private rights regime with so many layers and stakeholders, music copyright appears to deny even the possibility of unifying the various, requisite rights under one roof necessary for such an entity to be created legally. However, online extra-legal networks that facilitate the sharing of vast amounts of music between users have succeeded where the atomised rights of copyright have failed, collecting and maintaining the functional equivalent of all recorded music online. The problem is simple. The music industries cannot legally provide that which file-sharers have achieved extra-legally.

The Great Library of Recorded Music is the ultimate public cultural good without gatekeepers. Digitisation of music, the connectivity of the internet, and code-based innovations like BitTorrent compose the Great Library, exemplified by (but not limited to) invite-only music sharing sites operating outside of copyright, such as the defunct OiNK and its replacements, what.cd and waffles.fm. These online sites are carefully regulated communities where users must maintain healthy share ratios, which are maintained or increased by sharing (seeding) files so that other users can download them. Failure to do so typically results in suspension from the site, whether temporarily or permanently.

Administrators on these sites often demonstrate a standard that straddles Mark Schultz’s norms of librarians and norms of hackers. On the one hand, as hackers they seek to undermine the existing legal structure of copyright, their interventions supported by a belief in free access to computers, the freedom of information, and a general mistrust of authority. On the other hand, as librarians there is a belief in the power of the public domain and a right to access. Users pour countless hours into maintaining the structure, integrity, and quality of file sharing trackers and archives.

The Great Library looms large in our digital imagination. It is a superior product and a public good, and it stands in stark contrast to what is possible under the fractured landscape of rights and interests that copyright currently provides. A common, pre-iTunes refrain was that the music industries needed to find a way to monetize online, digital music. However, such industry visions always left the proprietary copyright model intact, and the implication was the elimination of all digital sharing – the tearing down of The Great Library. In other words, dominant legal and industrial norms have refused to take the emergent and widespread cultural practice of file sharing seriously. Because of this, access to The Great Library is currently limited to those who have the technical knowledge required to share files extra-legally. The Great Library has existed, and it is a reality from which we must chart a path for rethinking copyright for digital music.

The Great Library of Recorded Music anticipates an alternative legality that is rooted in sustaining a public good, as opposed to managing private property rights. Digital music, the Great Library, and cultural practices of file-sharing, point to the potential for a stewardship model of exception for digital music.

Stewardship is a guiding principle that aims to produce a legitimate space for the digital circulation of music in which users are treated as stewards of cultural goods, rather than as trespassers of private rights. Contemporary cultural practices of quickly sharing music and connecting with other listeners and producers online suggest that it is time to treat file sharers not as “pirates” but as potential cultural stewards, whose possession of digital music would come with a duty to guarantee its sustainability and justice. It would also provide the space in which the benefits generated by sharing culture could be recognized. To share is to promote, and to share is to create capital, benefits entirely missed by the temporality of the copyright equation.

A stewardship property regime could serve as a copyright exception for digital music, one which would evenly balance the public good with compensation of creators. In contrast to the current private property regime, with cultural stewardship an individual’s custody of a piece of digital music implies a duty to make such control just and sustainable. Users would share and maintain digital music libraries and be responsible for ensuring that creators are equitably compensated. Much like the Judeo-Christian concept of stewardship, where god entrusted humanity with creation but demanded its equitable care, the legal relationship that a stewardship model for digital music fosters is between user and artist, which still maintains the essential purposes of copyright – dissemination of works and just reward for artists. It would create a relationship of rights and duties between creators and users that would aim to render just and sustainable that which has been achieved online extra-legally: The Great Library of Digital Music.

How might a stewardship model of digital music be realized? It is potentially a question of how to put these ideas into practice in order to shape an alternative legality from the bottom-up.
In order for bottom-up, voluntary approaches to establish a stewardship regime for digital copyright, the methods employed need to successfully demonstrate the feasibility of an alternative legality. According to Lawrence Lessig’s Code (2006), digital code itself is a way of accomplishing such a feat. “Code,” also referred to as “computer code” or “source code” is the text itself that structures a computer program and regulates its use.

First published when a utopian view of cyberspace as beyond regulation predominated, Code argued, simply, that code is law, its architecture is regulation, and freedom on the internet is a result not of immanence but structure. The internet has no essential nature, but rather, online “we are nature” (2006: 338). Lessig explains that building infrastructure by code regulates online behaviour, and so code can be used to promote social aims and values, structuring our inter-relations as “legal code” does.

What is lacking from Lessig’s analysis, but implicit in his construction, is that if code is law, then code can be written to establish new law. Certainly Lessig recognises that a value can be implemented from the bottom up: to quote, “the law could be rebalanced to encourage the freedom thought important, or this property could be redeployed to effect the freedom thought important” (2006: 199). A code which enables behaviour, embraces and validates norms, and facilitates the flow of capital is, as a result, effecting legal change. It proposes alternative legalities.

These ideas are influential for (Cultural Capital) [http://cultcap.org], a collaborative research project that, in addition to myself, includes my colleagues Ian Dahlman and Andrew deWaard. Our primary goal is the creation of a non-profit patronage system uniting musical artists and fans. To accomplish this, we are working on designing a platform with two key dimensions: a social network that displays user-generated listening habits, and opt-in tracking software that harvests the musical listening patterns of users, then suggests and facilitates equitable compensation to creators through a micropayment subscription fee.

Micropayment refers to an online, financial transaction of a small sum of money, as low as a fraction of a penny, which adds up when enacted in scale. Opt-in tracking software would enable a user’s listening patterns to be recorded, in a similar way that a service like last.fm keeps track of listening habits, and these patterns would determine how a subscription fee is allocated to artists. If a certain artist was a user’s “most listened” for a certain month, then that artist could receive the majority of the subscription fee (an amount that would be determined by the user). Alternatively, other categories like “most local” or “most in need of funding for next recording” could determine how a user’s subscription fee is divided.

The goal is that generated profits will be redistributed to artists and the fans whose cultural labour propels them, rather than industry “middlemen” or “gatekeepers.” Cultural Capital aims to demonstrate the workability of a stewardship property regime for digital music, one which would evenly balance the public good with compensation of creators. As producers, consumers, promoters, distributors, curators and librarians, we should be treated as stewards of cultural goods rather than trespassers of a property that, in practice, is never private.

Brian Fauteux currently researches and teaches on radio and music at the University of Wisconsin-Madison. He is one of three co-founders of the collaborative Cultural Capital project, which you can read more about in the [email protected].