Tag: How-To Get Support From Campus and Community Radio

How To Get Support From Campus and Community Radio 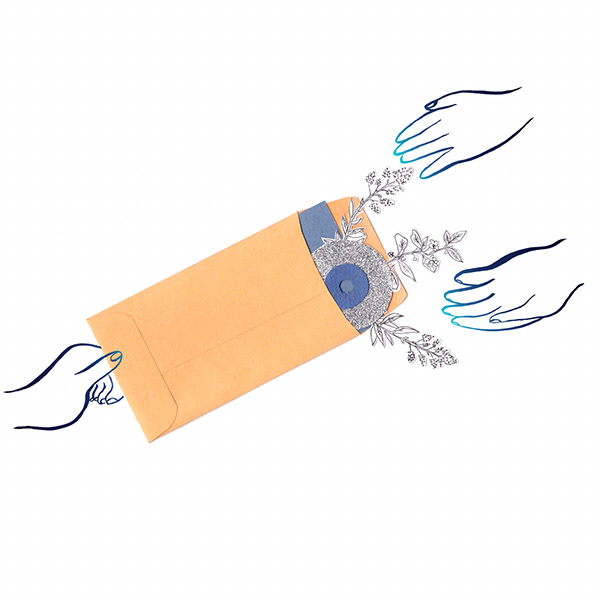 From the friendly frequencies of Johnnie Regalado with contributions by Erin Flynn & Penny Clark:

So you’ve got some music and you want people other than your friends and family to listen to it. Sure you can throw it on the web and add your voice to the cacophony, but there is another way… campus and community radio.

Campus and community radio is a strange and fickle creature. Every station is independent and operates under its own set of rules and procedures. For that reason it’s best to begin close to home at your nearest campus and community station. Most Canadian universities have a station and many rural communities have stations as well. A good resource for finding stations is the National Campus and Community Radio Association member directory, although there are many more stations in the country.

Just like you, a station is excited to know they’ve got an engaged community of listeners, so it helps a lot to actually be familiar with your local station. Do they play ambient electronic music? Do they have a metal show?

Read the station’s website to get an idea of their program schedule and also make sure you check out their music submission guidelines. In order to deal with the large volume of music stations receive every day they have some basic needs that make their lives easier. Generally stations require:

If you’re able to drop off your record in person it can help a lot. Don’t be surprised though if the station’s Music Director or other staff don’t have a lot of time to chat. They’re busy people working way too hard. Being polite and courteous goes a long way in an industry built on good will. Tell them a bit about your music and don’t forget to mention you love their station, and if you’ve got a favourite show on their schedule, tell them about it.

Volunteer at the Station

Like all things, it helps to have an inside edge. But unlike most institutions, campus and community radio is pretty much an open door. Volunteering at your local station can be super rewarding, you’ll meet great people, learn about awesome music and get to be a part of a huge, supportive community. This is a great way to meet like-minded people and become a part of a strong community. And if you happen to be a musician, it doesn’t hurt to have some pals with open ears that might want to lend you some support.

So, you’ve submitted your music and now you’re charting in the top ten at your local station. Of all the records recently received at the station, yours has received more spins than most and it’s landed you a spot on their charts. Maybe by now you’ve also played some fundraiser concerts for the station, done an interview or live performance on air, and you’re ready for the big time. Before you go packing a hundred envelopes with your CD or mass emailing every Music Director across the country without a blind cc (please don’t do this) it’s time for more… research!

When you’re selecting which station to send your music to, visit !earshot magazine online and check out what albums are charting at the different stations across the country. If the station’s charts are fairly up-to-date with what’s new, this means they’re processing new submissions quickly. If not, they’re probably backed up and your album might sit in a bin for awhile. Are there albums of a similar style to yours appearing on their charts? If so, then you’ve got a target.

Come up with a list of all the stations you want to send your album– thirty is a good number to start with. Check out their websites and make sure you read over their submission guidelines (this is also where you’ll find their mailing addresses). Don’t forget that every station is different. Each has its own needs and requirements.

Now you’ve got a stack of envelopes all lovingly addressed to Music Directors (or another appropriate staff person as discovered from the station’s website) from across the country. Let’s put something inside!

Most stations require a release to have a minimum of 4 songs (no singles or remixes), and they need complete tracklistings with composer information. Track times are helpful too. Album art will make your CD-R stand out. If you have time to make each mailer somewhat personalized to the station you’re sending it to (without going nuts) that can make an impact as well.

Most stations DO NOT require a fancy info kit with a glossy photo of your band. Most of the time your music will do the talking and press kit won’t change a Music Director’s mind. In fact, some folks think they’re a huge waste of materials and will think less of your submission.

When you’re ready to mail your packages, talk to your local post office worker about the best (aka cheapest) way to ship your CDs. Depending on the thickness, weight and size of your envelopes the costs can vary widely. The flatter and lighter the better. Try and convince the postal worker that it should be sent by regular mail instead of parcel.

Kiss ‘em for good luck if you’re feeling nervous and then it’s time to wait.

It’ll take about a week for your package to reach all the stations. Then it’ll take anywhere from a couple days to a couple weeks for the stations to check out your CDs. In the meantime you can tag stations on social media or email them to let them know a package is on the way. The most important thing with this is to not be too persistent. If you’re emailing everyday asking about your submission, you’ll likely be written off pretty quickly. It sucks, but most Music Directors are fielding hundreds of emails just like yours and they want to have pleasant interactions. Getting nagged isn’t fun for anyone. A concise and friendly email is best. You can offer to do an interview but don’t push it. If they really want that they’ll ask you.

Keep an eye on the charts from each station you sent your record to by visiting their homepage, !earshot or ask to be added to their mailing list. If you see yourself on someone’s charts, send them a message thanking them. Campus and community radio stations love when they get promoted by musicians so if you share their charts they’ll be even more excited about your band.

Sometime you’ll find out that your album wasn’t added to the station’s library. It’s a bummer but try not to take it out on the stations or get too frustrated. Stations receive a ton of music and listen to everything. They may not have a lot to tell you about why it didn’t get added, usually they’ll say something like “It’s not the right fit for our station.” This isn’t necessarily a reflection on the quality of your music, it just means it didn’t resonate with them. If they’re into having a dialogue with you about this, use it as an opportunity to learn. If not, check-in with the other stations.

So now you’ve got some fans in far and distant cities across the country. Maybe you saw your band’s name in Exclaim! magazine or a relative heard your song in their town. So cool. Is that the end of your relationship with these stations until you release another record? Hopefully not!

Remember that a lot of stations will do interviews and even studio sessions with bands. When you’re plotting your cross country domination tour, try and coordinate stops at all those stations that showed you some love. This is a great way to hype your show in the evening and it’ll connect you with even more people who will love and support your music.

There are lots of ways you can get support from campus and community radio. Like all relationships there’s a give and take, with lots of compromise. Not every station is the same and not every experience will be the same, but that’s part of what’s so great. One station might not dig your record, but the next might love it. Each is independent of the other and they will all give your tunes a fair shake. These are the people in the trenches of the underground music scene working hard to support artists like you. Take a few steps to make their lives easier and they’ll be even more excited to champion your cause.

Johnnie Regalado is the Program Director at CFUV 101.9 FM in Victoria, BC. He’s also the Vice President of the National Campus & Community Radio Association, runs a DIY radio distribution service called Hot Hand Cold Hand, and is a Music Editor for Weird Canada.