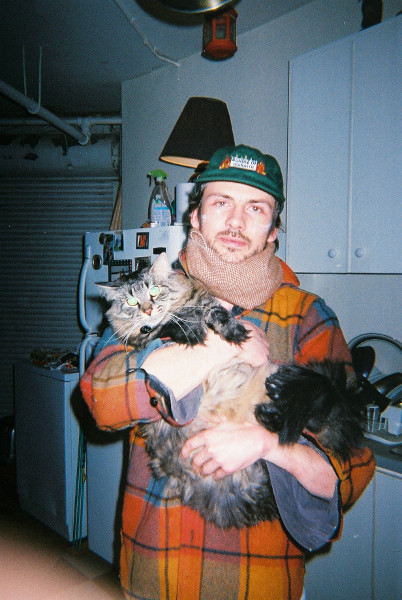 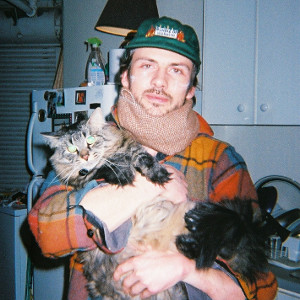 From the orchestrated collectibility of Max Cotter:

Since its first batch of releases in early 2011, Craft Singles has been steadily cultivating and curating “a series of snapshots of interrelated communities.” Perpetually delving into disparate sounds and geographies, the subscription-based label educates its listeners in Canadiana through brief, single-driven cassette doses. Each meticulously orchestrated batch of releases offers a unique visual aesthetic and attention to packaging, adding collectibility to the already enticing array of singles. Weird Canada spoke to Andy March, founder of Craft Singles.

Max Cotter: What are the origins of Craft Singles (CS) and how did it evolve into its current form?

Andy March: CS started as a project where I wanted to try my hand at production. I had been recording, playing in bands, and running labels, and I thought it would be a worthwhile exercise to see what I could do to put all that together and try to produce recordings. I wanted to be able to work with a lot of different artists, to do it without needing to find much money, to work quickly and release things rapidly, and to publish the output in a coherent form, as a project, in a format that was collectible. I also wanted to be able to give the bands something that they could sell, which could get reviewed, with the result of garnering some attention.

The cassette single format is one I have always liked. It made sense to me that the project as a whole could gain some momentum, even if the releases were very short, and the editions very small. I bought a cassette duplicator, a glue dispenser gun, and trained with Charles Austin at Echo Chamber Audio, reaching an agreement where I could use the studio at night for a reasonable rate. The first half-dozen or so releases followed this ethos, and I made some recordings I am really proud of. Friendly Dimension, The Ether, Special Costello, and Lantern really stand out for me as sessions where I put a lot of thought and effort into being the perfect producer for that particular group at that particular point in their career, and I think I gave them something that made sense for them that, at the time, did justice to their development and their aesthetic.

As I began to spend less time in Halifax and Montreal (where I had studio access as well), and as I became more focused on my own band, CS morphed into more of a traditional label in that bands, such as Play Guitar and Grand Trine, submitted their content for release through the label. I was still doing some recordings for bands like Bad Vibrations, but the emphasis was more on making the release process affordable, without losing quality, for bands that were near the beginning of their careers.

At this point the label began to grow in its ability to provide exposure across Canada, in part thanks to Weird Canada and campus radio. It fell into its current character; a series of snapshots of interrelated communities, a rhizome of bands and musicians and scenes.

There seemed to be a heavy focus on the Halifax scene that has slowly shifted to documenting other parts of the country. What led to this change? How has CS’s relationship with the Halifax music community changed with this shift?

I am fairly nomadic so as I spent less [time in] Halifax and started exploring other parts of the country, I found relationships between cities that made it possible to expand the label to other regions. Sackville, Montreal, Toronto, and Calgary all have threads in common; dialogues of various degrees between certain threads of creativities, which was very exciting for me to realize. My relationship to the Halifax scene is still strong. I go back all the time and try to keep tabs on what is up, and I hope to be able to continue this forever.

Especially considering the aforementioned shift, how does the CS curation process work? Has it become more of a challenge to make informed release decisions when looking with a wider lens at Canada as a whole? The process of deciding on releases is pretty straight forward. I try to determine if a release is mutually beneficial for all parties involved: the band, the label, and the other bands under the label. If so, and if the band is keen, I do whatever needs done to make a tape happen. I find that the wider the scope geographically, the more cohesive the project becomes. Releasing Homebody (from Denver, Colorado) and seeing the ties with, say, Heaven For Real or You Are Minez, was really sweet.

With each round of releases featuring a different-yet-cohesive aesthetic, it seems graphic design is an important aspect of CS. How would you describe the relationship between the label/music and the visual aspects?

I spent a long time in art school in Halifax, and I decided early on that visual cohesion was vital to the sensibility of the project. Other labels–like Sacred Bones–incorporate the visual to great effect, and I get a lot of satisfaction from doing this successfully. I do feel a little strange imposing an aesthetic on a group of artists, but ultimately I think it plays a big role in making the label operate the way it does, ontologically, and no one has made a stink about it yet.

As a subscriber, I’ve always found each round of CS releases is like a lesson in independent Canadian music. What led to the idea of a subscription based label?

The subscription is just a way to maintain momentum as well as adding another element to the nature of the project. I think it makes it a richer project by adding to the element of collectibility, like when you wanted a complete set of baseball cards when you were a kid, and if you were really keen, maybe you would just buy the whole set at once. In this way the collector becomes a part of the project. They don’t know what tape they will be getting, they are subscribing to the label, and they are really another wing of the whole thing.

How does the cassette format relate to the CS ideology and aesthetic? Is the label bound to this specific medium or do you have plans to experiment in other tangible delivery methods?

Cassettes are amazing because they are cheap, easy to duplicate, easy to package, durable, and they ship cheaply as lettermail. They also make unmastered digital recordings sound cooler, and they don’t take up much space in your collection. They have a wide spine, so as a series the spines all line up to look great on your shelf.

In 2010 I bought a very large and ancient record lathe, which is a device used in manufacturing vinyl records. I modified the machine, and along with a rad online community, experimented to find a way to use it for short run manufacturing of hand-made records. At this point it is possible, for a few dollars, to produce a mono disk that does not wear out with use, that will play well, and that sounds excellent across a large frequency range, with a low noise floor, and at a decent volume, on MOST turntables. Unfortunately the Stylus that the machine uses is made of Saphire, and costs about $100, so mistakes are very expensive, and a big part of the experimentation has been getting as many copies as possible out of a stylus without wearing it out. My first release in this format was CS024-SLOW BURN for TORONTO HOMICIDE SQUAD. The run of 30 copies took me about 2 long days of work, and they came out great.

What’s next for CS?

Next up are releases for Negative Rage and Un Blonde, two of the most exciting cassingles to date. Both are young, ‘auteur’ types and I am beside myself with excitement. I think the next wave of artists in Canada will be truly unbelievable, and everyone should be ready to have their minds blown into a million pieces. At the same time I am very pleased to see CS bands like Heaven For Real, Monomyth, Old and Weird, and others, move forward in their careers at an amazing pace, and I am thinking of ways that the label can evolve to keep up with them.