Ideas :: Into the Deep 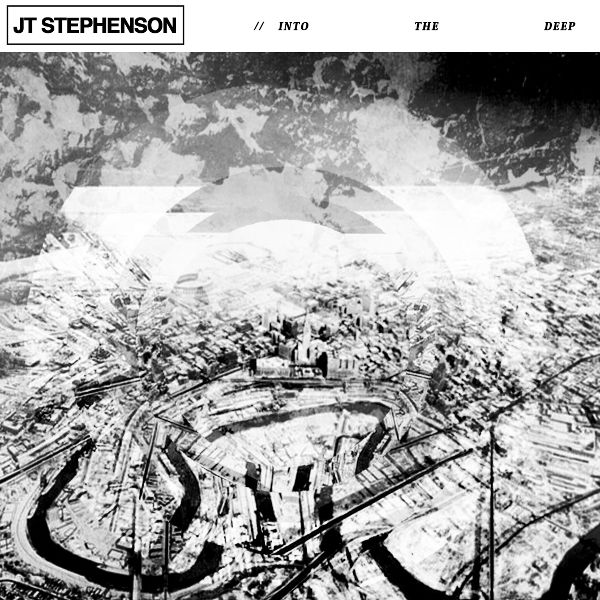 Canadian free-jazz head seeks understanding of identity in the wrong musical era.
Bouncing from scene to scene, searching for an ineffable truth, JT Stephenson stumbles upon a similar spirit of protest in the noise of a small artist-collective in Kingston, ON. Questions of context, spirit, intent, and purpose muddle her mind in nihilistic confusion, but cloud-breaks of mental illumination come from the practice of Pauline Oliverosian deep listening to the work of contemporary Canadian saxophonists Brodie West and Colin Stetson.

It began with Cecil Taylor. The first few seconds of Conquistador! were all it took. Years of classical training in piano and PTSD from hundreds of festivals made me scream “YOU CAN DO THAT?” at my monitors. I felt confusion within the dissonance and temptation from its freedom. In that moment, innocence was lost: I had entered into my musical adulthood and jazz was all I wanted.

I spent hours crate-digging for the rarest records. I read furiously about the formation of jazz. I taught myself its history and made introductions to its main players, from the devastatingly cool to the devastatingly bizarre. Quickly I came to loathe Miles Davis because of his cruelty, and could never understand why Charles Mingus was such an angry man. I crushed hard on Dorothy Ashby, and, if I was alive, and had the money, I would have bought Creed Taylor’s catalogue to save it from Columbia. I was emotionally entwined with people and a time I would never know, save the music that was the portal into their experiences of pain, passion and purpose. The deeper I listened, the more I heard. I made sure I carried the jazz-head title with authority. I was a fan. I was in love.

A radio program became my main outlet for jazz-love. Even when my interests gradually drifted to other socio-political music, jazz never disappeared – it was still lurking in my stacks, and its spirit of boundary-free creation was being channeled by the groups of gear-hacking, circuit-bending noise musicians I came to orbit around. Sure, what they were doing would never be defined as free-jazz, but there was something in the noise they were creating that had political weight to it. I began to see noise as the free-jazz of our generation.

Jazz was born in pre-Civil Rights America and is, and always will be, music of political protest, dissent and empowerment. Transference from the lived experiences of oppression and the need to challenge contextual realities found host in music. When free-jazz began dismantling melodic structure, space was created for the organic emotive expressions, both fluid and jarring, of the individuals who were creating it. This is not our time. We have different realities to protest and need a different way of expressing it. This is where I see the inherent importance of noise.

What I’m suggesting is that noise, like free-jazz, can be used, especially through the disintegration of structure, as the ultimate tool of political and artistic dissent. To express nothing is just as poignant as to express something, to elicit anger is just as valid as joy. Noise, like free-jazz, forces engagement in listening. It is near impossible to throw on a free-jazz record, devoid of discernible structure and human touchstones like meter, without pausing to hear how the musicians are speaking through their instruments, and what they are saying. Noise similarly distracts the listener and lures them into the ultimate mind-game to figure out what the musician is trying or not trying to accomplish and the means they are employing to do so.

I remember how pumped I was to write about Brodie West’s The Law of the Meander. It is an amazing album, its main virtue being that it is only recorded by, what seems to be, a single microphone. No effects, no overdubs, just freewheeling jazz sax poetry. When I first heard it, West unearthed feelings I only used to get from Archie Shepp or Albert Ayler. This is jazz. It has to be. It is an album you need to sit down to hear, as it requires a certain environment to truly digest. It distracts, fills and questions the space it is heard in — like so much jazz that came before.

I know nothing about Brodie West, nor will I make any assumptions as to who he is, what his context is and what challenges he faces and expresses, or does not express, through his music. Yet, when listening to The Law of the Meander, the saxophonic ponderings of a faceless creator remind me of the free-jazz ethos and spirit of dissent. West demolishes convention and allows the saxophone to guide him through the album, protesting with every tone expectations of coherent musicality. West is saying something, and it is loud. What it is, I have no idea, but I am listening and my listening is deep.

From a purely aesthetic standpoint, West seems to challenge the way that we hear jazz-sax. It is not being parodied through gratuitous skronk, nor is it running up and down minor scales and peppering them with trills and accidental slides. Protesting convention seems to be the main impetus of noise, and, well, there you go. It is exactly what West is accomplishing.

A similar forerunner in the challenge of re-contextualizing saxophones is Colin Stetson. I like Stetson. Truthfully, New History Warfare Vol. 3 did not do it for me, but I see value in what he is trying to accomplish. That said, it’s not jazz. In fact, I would never describe his music as jazz or avant-garde, and get frustrated when I read the oft-suggested comparison. His music is not even reminiscent of such. In fact, I would be more inclined to lean towards an experimental, ambient descriptor before that of avant-jazz. Stetson’s music simply lacks the immediacy and call to action that the work of West articulates. I do not hear protest in his sax-trance riffs; instead I am reminded of the raves I used to go to.

Stetson’s importance does not lie in his ability to circular breathe (do I honestly have to name off the people who have long since perfected this?) but in his ability to challenge the way the saxophone is heard: fresh, experimental emphasis on tonal drones and low register rumbles that completely morph the vision of the instrument they are coming from. I feel like people depend on the ‘jazz’ descriptor for Stetson because they are holding onto what the saxophone means for them – and I will challenge that: just because one plays a traditional jazz instrument, it does not make them a jazz musician. If we truly held onto that argument every pianist, percussionist, even flutist, would be doled a jazz descriptor. Start seeing Stetson as a sound artist and you will start to hear how jazz was never there in the first place.

I am not attempting to pit the two saxophonists against one another. Rather, I am trying to illustrate that West and Stetson individually represent very different things. Deep, engaged, critical listening reveals all.

PART 3: Into the Deep

I remember storming out of a cafe as soon as they started playing The Black Saint and the Sinner Lady. How could the barista have been so insensitive? Did they not know that this is a six-movement, four-track, partial ballet? Did they not know that the liner notes were written by Mingus’ then psychotherapist? DID THEY KNOW NOTHING ABOUT JAZZ? Probably not. But, honestly, why would any of that matter to a non-jazz-head? My rage came from what I felt was insensitive contextualization of an amazing story as wallpaper music. Some music demands to tell its story without interruption and without distraction from other stimuli. Yet, there is more to this. When music is distilled down to its bones — its tones — micro-universes crop up all over the place, each with a unique sound in which they resonate their tales.

Pauline Oliveros was the keynote speaker at the The Future of Cage: Credo Conference at the University of Toronto this past Fall. While giving her address, she played an atmospheric recording of a luncheon that hummed its memories of distant conversations in a crowded cafe. By playing this bed-track, Oliveros made her listeners actively engage with her words. We were forced into constant discernment over which element we would pay closest attention to. I interpreted this to be an active example of deep listening, a term that Oliveros coined in 1991. Subtly, she ushered in an understanding of everything I had ever struggled to explain about my jazz-love and my noise-life: there is music everywhere and anyone can create it, but it is up to the listener — performer and audience — to engage with what is contained within, whether it is nothing or something. These are undergirding themes integral to free-jazz and noise.

On that account, if the baseline is that music exists everywhere and anyone can create it, why do we privilege some noise over others? Does subjectivity truly have a place in discerning good noise from bad? It is noise after all. I always saw subjectivity as the ultimate diluter and, consequently, the most unsatisfactory answer. I think, for me, personally, what it comes down to is intent. Is the noise that I am listening to in a spirit of dissent, of self-exploration, of challenge, or is this just an exercise in self-indulgence? Given my context, I tend to privilege that which explores, over that which luxuriates.

I wonder if these questions were asked about free-jazz. I wonder if what we know today has been shaped by that answer, or, if not, how else might we understand and hear free-jazz today? I wonder if the answers to these questions even matter, and I am not convinced that they do. In spite of my nihilistic ponderings, I continue to sound a call for critical engagement with music: know where it comes from, know its narrative, and come to know its heart amongst its noise.