How To Understand Band Partnership Agreements 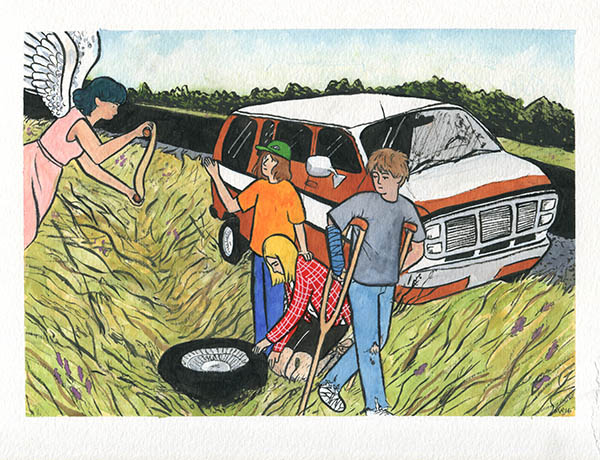 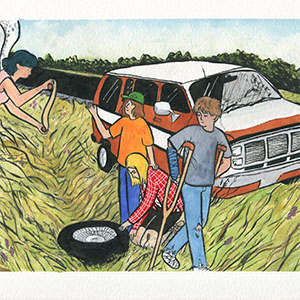 Steve Carey is lawyer in British Columbia and Ontario, as well as a former entertainment and arts journalist. He practices at Alexander Holburn Beaudin + Lang LLP, a full-service law firm.

Business law doesn’t matter to most bands until it’s too late to know it. For most DIY bands, you form, write, play some venues, release an album, tour a bit, then split, hopefully with some cash in hand. It’s fun to jam, but when money starts to change hands, there’s the possibility for serious disputes. An on-stage blowout, backstage rager, or an unwanted debt can be avoided by understanding default partnership rules or through the creation of a band partnership agreement.

A partnership agreement, also called a band agreement, is a contract explaining how the band operates, how decisions are to be made, and how profits are tallied up and split.

Without an agreement, automatic rules set out in the various provincial partnership acts apply. If you’re playing in a band with a view to making a profit, you’re already a partnership and the default rules apply to you. These are fine in most circumstances, but may expose members to liability, limit the band’s ability to add or remove members, or cause problems with overly litigious bandmates. Understanding these goes a long way towards resolving conflicts and saving friendships.

If you’re thinking of drafting a band agreement yourself, consideration should be given to flexibility and ensuring the interests of the band as an entity and the artists as individuals are protected and balanced. For the majority of Canadian bands, a DIY two to three page agreement is an easy precaution to avoid disputes and financial problems.

As a side note, if you’re quitting your day job, consider Employment Insurance (up to 15 weeks for the self-employed), Workers Compensation benefits, and private insurance, particularly if the band is touring: health bills can be huge and replacement policies for equipment critical. If you’re not quitting your day job, know that you can offset your personal income tax using the band’s losses, so long as your band has a reasonable chance of profit over time.

Your band agreement can be as complex or simple as you’d like it to be. The various partnership acts across Canada typically impose the following default terms:

Your agreement doesn’t need to cover everything. Partnership agreements can be re-written to address situations as they occur, provided clear provisions are inserted for doing so.

Consider the following scenarios, and the way the default rules or an agreement may handle them.

The band stores their personal equipment at their shared jam space. One member brings a side-project band in, and they use the main band’s equipment. Is this acceptable? An agreement may set guidelines around the use of band or member equipment without consent (necessary if you’ve got a sweet BC Rich Warlock you don’t want anyone changing the tuning on).

The default rules say the side-project should not exist if it competes with the band, which is not desirable.

The bassist takes on merchandising and promotion. She spends hours designing t-shirts and pressing buttons, selling the merch before and after shows. She books all the shows and does all the band’s mail-order. Should she be compensated in an equal share with the other members, or would some other payment be appropriate? The default rules state partners share profits equally, while an agreement may compensate her separately for her additional work. It’s up to the band to decide what’s fair compensation for its members.

A band starts gaining momentum and booking shows. Without telling the others, one member starts a side-project. The gigs wind-up double booked with the side-project. What recourse do the band members have? The default rules state if the side-project gig is played, the bandmate must pay the profits into the main band, which will almost certainly lead to a fight. An agreement may state the band’s gigs have priority. It can also have terms to compel attendance or prohibit competition. Unless you’re a mainstream hit machine, the financial expense of getting a court order isn’t worthwhile when the band can just replace the member or the member can leave.

A band records an album. All agree the album is complete. Without telling anyone, the guitarist re-records all their his tracks and incurs extra studio time. Who pays? The default rules state the partners are on the hook as a group, while an agreement may allow the partners to recover from the member for the amounts incurred without authority. Debt recovery is something that most people can handle in the various provincial small claims courts without a lawyer. It is relatively painless.

A band member falls ill before a gig. A fill-in musician is hired. Who pays the fill-in, and is the band member entitled to a share of profits, even though she didn’t play? The default rules state the band as a whole pays the fill in, and the absent member still gets a share. An agreement may say otherwise, depending on how your band operates.

What do you do if you’re an individual? You’re a “sole-proprietor”: one person operating with a view to profit. You keep everything. Losses from your business can be used to offset income from your day job, and reduce your income tax, with some exceptions. However, any debts or liabilities you incur can be claimed against your personal assets: you don’t have other members to bail you out. If you need others, you may choose to hire other musicians as employees to tour with you, or to record with you, and should take care to structure a deal with them to avoid a partnership.

Groups or individuals may chose to act as a corporation. It is a separate legal person, owned by its shareholders and managed by its directors. All profits and losses are the corporation’s, who can structure payouts to its directors and shareholders as it sees fit. Its shareholders and directors are limited in their liability, with exceptions. Due to the time and financial costs involved in maintaining a corporation, and the short life-span of most music groups (five to seven years), there is no special benefit to incorporation for most bands. If you begin to turn a significant profit an accountant or legal professional should be consulted relating to incorporations and tax treatment, but for most Canadian bands, this is unnecessary.

A number of sample band agreements are available for free online or for a small fee. Pay attention to definitions of terms and ensure the language of the pre-drafted agreement is clear before all members agree to it. If you are concerned with how the agreement operates, have a lawyer review it.

The point of a band agreement is to avoid conflicts and allow every band member to know how the band operates. Whether it be sharing the cost of tour bus repairs or paying the hardest working member a little more for their effort, a band agreement can cover a lot of ground and prevent a lot of disputes before they happen. That way, your band can focus on what it does best: play shows, entertain crowds, and contribute to the Wyrd music scene.

file under: How To.