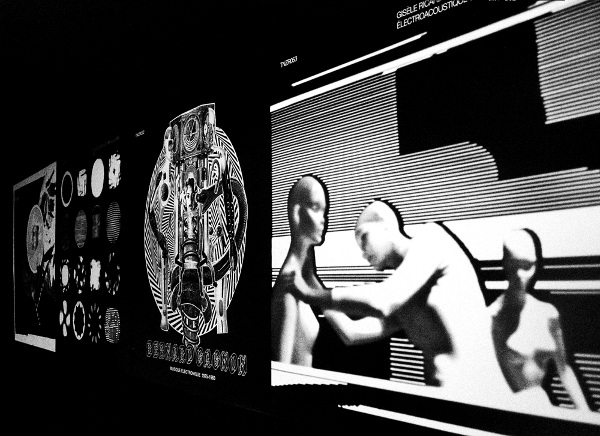 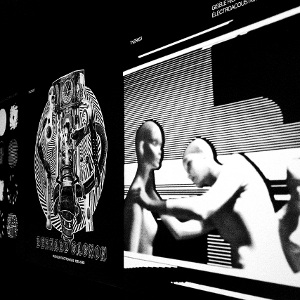 From the immersion therapy of Jesse Locke:

Montreal’s Tenzier states its aims plainly: “To preserve, celebrate and disseminate archival recordings by Quebec avant-garde artists.” From the jump-cut plunderphonics of Étienne O’Leary to the electroacoustic fever dreams of Gisèle Ricard, these anomalous offerings from the 1960s, ’70s and ’80s provide a fascinating glimpse into an unheralded history. Tenzier’s four LPs (to date) are not simply reissues, but instead sonic pearls scooped up from private collections and made available for the first time. Weird Canada spoke to Eric Fillion, the chief archivist of Quebec’s avant past.

Jesse Locke: What inspired you to start this project with such a specific regional focus?

Eric Fillion: I’m from Montreal, and have a clear attachment to Quebec. I’ve been playing music here for many, many years, and had the sense that there was a history that needed to be uncovered. Doing Tenzier is a way of allowing connections to be made. For each of the releases, I try to match an older musician with a current visual artist. For example, Sabrina Ratté did the artwork for the Gisèle Ricard LP, and Felix Morel did the collage for Bernard Gagnon. Match made in heaven there!

The regional focus also allows me to meet the musicians, not just communicate by email or phone. Gisèle Ricard is in Quebec City, so it’s a short drive there to meet with her. Bernard Gagnon and former members of the Quatuor De Jazz Libre Du Québec are in Montreal. Lunch is always an option and we try to meet regularly. The human component of the project is huge, and it’s something I didn’t really understand at first or anticipate. The ability to work directly with these artists is something that I wouldn’t change. I’m also conducting doctoral research in history, and my interests deal with Quebec’s cultural production. The music I research for Tenzier is sort of out there compared to what I’m studying at a university level, but there’s still a connection.

Ultimately, I think it would be great if other people did similar projects. If 10 or 15 people in Canada wanted to set up labels or organizations to focus on their specific cities or provinces, you would get a much more complete history of avant or underground music. Maybe I’m dreaming here, but I think there’s a possibility to do this in other places. Montreal and Quebec have had a dynamic music scene for decades, but I know many other areas have that as well.

Besides the artists’ location, what other criteria do you have for the music you choose to release?

Tenzier’s releases are not reissues — they are archival recordings that have never been made available. I’m interested in voices from the margins, meaning artists that don’t really fit the dominant narratives about Quebec’s cultural production for the period I’m interested in: the ’60s, ’70s and ’80s. Often, it comes from people making experimental music that didn’t end up teaching in universities or refused, for one reason or another, to associate with the province’s key cultural institutions. As such, their contributions may have gone unnoticed or undocumented for the new generations to explore.

One good example is Bernard Gagnon, who’s been active since the late 1960s. He had been involved in every major experimental or underground scene in Quebec, and contributed to several Musique Actuelle LPs, but never released a record under his own name. Going through his archives was great, because he had tons of reels. Gisèle Ricard had also been really active in Quebec City, but never released anything outside of the Capac 7”.

Releasing records is only part of Tenzier’s mandate, though. I try to put out one LP each year, usually in the fall, but parallel to that I’m also collecting material – recordings, visuals, correspondence – when I can and slowly digitizing things for future releases or research purposes. At some point, I would love to turn Tenzier into some kind of research center. The records are a way of making sure there’s a trace left in the present, and we deposit a copy at the National Library in Ottawa, as well as the Quebec National Library. All of a sudden, these artists and their music exist, making it possible for people like me who are doing research to have access much more quickly to a growing body of works. Ultimately, I would like to make all the documents that have been digitized but not released available to people.

Last summer, I partnered with the Videographe, which is a video co-op set up in 1971 through the NFB. In 1973 it became a non-profit organization, and they have tons of experimental videos that combine experimental music. Tenzier prepared a short program titled Québec électronique for the 2013 edition of the Suoni Per Il Popolo. It featured people like Richard Martin, who went to the U.S. and studied with Alvin Lucier. I’m working with the Videographe to disseminate those videos online, and have interviewed Richard Martin and added that to the archive. All of this falls under Tenzier’s mandate. 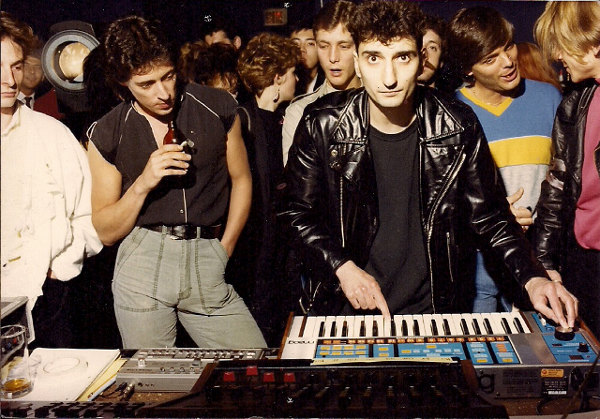 So far, your releases have come out in chronological order, from Etienne O’Leary in the 1960s to Gisele Ricard in the 1980s. Will you continue this pattern, or start bouncing around in time?

I didn’t realize I was doing that [laughs]. That was a total accident and I didn’t plan it that way, so yes, I am going to start bouncing around. Tenzier will never go past the 1980s, as it became much easier from the ’80s onward for artists to release their own tapes or records. In Quebec, you had Ambiances Magnétiques, which did a fantastic job of documenting whole spectrums of experimental or weird music, but before that there was really nothing. The NFB put out a soundtrack and that was great, but it was a one-off project. Otherwise, McGill had a record label putting out material recorded in the university’s electronic music studio, and Radio Canada International released a few records of electroacoustic compositions. Aside from that, there were no small labels, so there is a lot of music made in the ’60 and ’70s recorded on 1/4” tapes that are just sitting in boxes. I think I’ll be busy enough focusing on those three decades.

I also wanted to ask about the numbering of your releases. On Discogs, your trio CD with Dominic Vanchesteing and Alexandre St-Onge is listed as TNZR001, and then it jumps straight to TNZR050. Are there 49 lost releases floating in the ether?

Nothing is missing. Initially, when I started Tenzier it was towards the end of Pas Chic Chic, and I wanted to set up an infrastructure for musicians to collaborate. This included myself, and I wanted to reach out to musicians that I had a tremendous respect for, but hadn’t had the chance to work with. The mini-CD series, numbers one to 49, was meant to serve that purpose. At the same time, I started working on the Etienne O’Leary LP and decided that #50 onward would be the historical releases from Tenzier. Within four or five months of that time, I made the decision to go back to school to continue graduate work. I subsequently quit playing music to focus on my research. It became apparent to me that Tenzier could become a vehicle to reconcile my academic interests with my background as a musician. This allowed me to stay in touch with musicians and visual artists, and contribute something concrete. After Tenzier 001, I stopped playing music and that series ended there.

What plans do you have moving forward? Can you give us a sneak peek into any upcoming releases or activities?

I can’t really talk about releases yet because I haven’t had a chance to sit down with the interested parties. I do plan on releasing another LP in the fall though, and am currently digitizing a bunch of material that I’m super excited about. Each year I try to organize an event or kind of retrospective as well, and this fall I’m working with Jean-Pierre Boyer, who made experimental videos in the early ’70s. He invented his own video-synthesizer, which he named the Boyétizeur, so we’re going to show his work and have a live performance.

I was really excited to see Gisèle Ricard’s collaboration with Bernard Bonnier on the new Tenzier LP. Casse-Tête Musique Concrète is so wild. Do you know about any more music that he recorded?

That’s an amazing record. There’s also the Capac 7”, but nothing else in terms of official releases. I would assume he has other material recorded, as Bernard Bonnier and Gisèle Ricard owned a studio together. Bernard passed away, but his son probably has reels stored somewhere in a basement. That would be worth looking into at some point.

What’s the weirdest music from Quebec you’ve ever heard?

To me, weird music is not a pejorative term. It’s brilliant music because it forces you to listen differently and takes you to new places. Quebec had so much weird music, especially in the 1980s. A lot of people were releasing cassettes back then (like nowadays, I guess) and you could find amazing stuff, demos and other strange sound objects, at L’Oblique. The first name that comes to mind is Les Biberons Bâtis, which was the project of Bruno Tanguay, also known as Satan Bélanger. Before Les Biberons Bâtis, Bruno was in a group called Turbine Depress, which is also truly singular music. I think you will enjoy Les Biberons Bâtis.