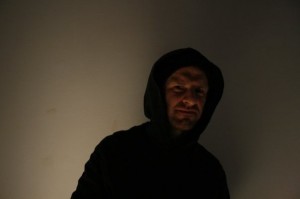 From the heart of Marie LeBlanc Flanagan:

Marie LeBlanc Flanagan: Where does your excitement about music come from?

Darcy Spidle: I’ve been involved with music in one way or another since I was a toddler and have recorded and played in bands for most of my life. I was releasing and selling self made tapes in early junior high. Music is fascinating to me on both a conceptual and emotional level. It can seriously alter your state of mind and even change your life, especially in a live setting. And yet, it’s all just this invisible, abstract entity. What’s not to like?

As for running a label and festival, I guess that all stems from an interest in DIY projects. There’s nothing more satisfying to me than seeing a plan come to life. Although I love playing music, I’ve never been the most talented musician. OBEY and DIVORCE are places I found in the music community where I can make a decent offering to people and utilize my skills. And despite the administrative elements, I look at both the festival and label as art projects similar to an album, movie, or painting.

Do you have any stories about early musical formative experiences? Were there any strong figures in your life that pushed you in this direction?

Sure, my mom and dad were big into music, mostly through their church. My brother and I grew up around guitars and singing. We were playing music for full church services and Sunday Schools as pre-teens. haha… Of course, we could only listen to Christian music, so we had a secret tape collection of rock and heavy metal that would sometimes get raided and destroyed. I remember being forced to read Guns and Roses lyrics out loud as a way of being shamed. Funny stuff. But yeah, my parents were always supportive in their own way.

It took awhile to really learn anything at all about music (still learning). I grew up with no internet in a small town. Early musical influences were limited to what I heard from friends, magazines, the local Radio Shack and Much Music. I watched City Limits religiously. I remember the “Dirty Boots” video from Sonic Youth being a big moment. Also, an older skateboard friend let me listen to half a Dead Kennedy’s song on his walkman outside the Bank of Montreal when I was 12 or 13. That really blew my mind. I’d never heard anything like it. As I got older, I started buying tapes of local bands during rare trips to the city. One of my most cherished was the Eric’s Trip – Peter cassette. I bought it on a church trip to Moncton.

Haligonians have migrated all across Canada. Why have you stayed? Is there something special about the city?

I’m a bit of a hermit and definitely have Nova Scotia and the sea in my blood. I’m very happy here and have never considered moving. If playing in a band or being social were my main pursuits, I suppose moving would be a good option, but I can live cheap and run a label and festival from here. Although I now reside a bit outside of Halifax, I do very much consider myself a Haligonian. Like a lot of arty teenagers from small towns, I felt like an outsider during my high school years and into early adulthood. Moving to Northend Halifax changed all that. It was the first time I’d ever felt like I belonged. I think Halifax is that way for a lot of people. Considering its small size, Halifax is a very cultural town that affords artists an opportunity to thrive and be seen and heard. And of course, we’ve always had an amazing music scene. This community is a very important part of my life, and I’m grateful to have a small role in it.

Tell us about Obey.

The OBEY Convention was started in 2007 by Sandy Saunders (aka Torso) and myself. I was doing the odd experimental shows at a place called Salvation in Halifax. DIVORCE put out a local experimental comp and some Torso releases around that time. I was also recording and performing an experimental solo thing called Shit Cook. The time was right. Sandy was pals with Bastard Noise from San Francisco. They decided to come up here, so we built a festival around it. No one in town was really offering a space for that kind of punk inspired experimental stuff, so we did it.

Obey Convention doesn’t adhere to any single genre or sound. What’s your curatorial process? What do you love?

Well, I subscribe to a very loose criteria, and I believe that it is important to let things evolve naturally with OBEY. It gets called an experimental music festival quite often, but I try not to ever categorize it that way. I know the purists roll their eyes when they see that tag applied. However, I do think the experimental flavour is an important characteristic of our program. And I look for bands and artists that are experimenting in some way, whether it’s a band like Pissed Jeans who push past the restrictions of hardcore punk, or an artist like Pete Swanson who explores the intersection of noise and minimal techno. I believe that all our artists are bringing something new to the table. And gathering all these genres and ideas together for one intimate weekend is bound to further perpetuate this sort of exploration.

The curatorial process for me is very organic. I sometimes chat with artists for a number of years about coming to Halifax. That was the case with Corsano and Pissed Jeans. I also chat with friends from around North America who have eyes and ears on the ground. My partners at the fest and knowledgeable friends also help with these decisions.

I like to have someone somewhere vet the live show of each of our artists, especially the headliners. And, of course, I have to really like what I hear and be excited about it. So things just start to take form and I go. I never have a preconceived idea of what OBEY will look like by the time we announce. There’s no agenda. People can complain that there’s not enough of this or that, but I don’t go into it with any overall plan. I try to let each installment take its own form.

Once I have a rough lineup, it becomes this puzzle in my mind. I usually don’t sleep much for a couple of weeks as I try to schedule the festival and fill in the blanks. It’s probably one of the most painful parts of the process. Since the festival follows from one event the next, it really needs to work as an entire movement. That takes a lot of work and thought. I can tell it’s done when I start to feel some psychological relief.

As for what I love, it can be anything. I’m not interested in one particular genre or sound. I do try to book some kind of virtuoso every year. This year it’s Chris Corsano. I’m fascinated by the idea of someone dedicating their life to the perfection of an instrument. I also like sonically intense live performances and studies in volume. I’m expecting Swanson to come through on that one. And of course, punk in one form or another will hopefully always play a role at our festival. I think the DIY ethic and anti-mainstream agenda of the early American punk movement is really the starting point for many of the genres we present.

Who helps with Obey Convention? What do they do?

It’s a big list at this point. Matthew Samways from Electric Voice is the assistant director. He helps with curation and all the artist needs logistics. He’s much more organized than me, and I couldn’t do it without him. Evan Cardwell has been with the fest since early on. He manages sound and other tech needs for every event. During the weekend, he has the most intense job. Evan also helps with curation and presentation ideas. I usually go to him when I’m really stuck. Seth Smith does all our design. I think it is important for the festival imagery to be more about art than marketing. The imagery he comes up with represents us perfectly. Kat Shubaly is another one of our super organized people. She runs all the box office ticketing stuff during the festival. Meg Yoshida does our layout and puts together our festival guide. Andrew Patterson is one of our writers and the all around man. The list goes on, and we have any amazing and supportive board of directors as well – Nancy Urich, Natalie Slater, Matt Charlton, Dan Joyce, and Derrick Hiltz.

Attending Obey we’ve witnessed the incredible support from the arts community in Halifax. What kind of relationship does Obey have to the community? Is it growing? Where will it go next?

As I mentioned, Halifax is a special place. The arts community is so welcoming and supportive. I feel like a little kid sometimes, always asking more knowledgeable people for help and advice. The festival is growing, and that wouldn’t be happening without this guidance and support. Again, I feel so lucky to be a part of it all. If you take a look at our sponsors, you’ll see just how many people pitch in. It’s remarkable to me, especially considering the obscure nature of some of our presentations.

And yes, we feel a sense of love for OBEY from the attendees and the artists. It’s not always been easy to pull off. When it becomes a real struggle, it’s all the people who look forward to the festival and offer their help that keep us on track.

I am motivated to make the OBEY Convention grow, for sure. Being as passes and some shows have been sold out for more than a month, it’s become obvious that we have, in some ways, out grown our venues and need to look at ways to accommodate more people. That’s exciting, but also challenging. It’s that sense of community and intimacy that is so important to OBEY. I could see it all being lost by growing in the wrong direction. We’ll all get together in the summer and figure out the right way forward. We have some ideas.

Tell us about your hardest Obey moment.

There have been many hard moments, especially in the planning stages. It can be a real challenge on many levels. As far as an actual event, we had someone smash out a huge window at one of our venues during OBEY II. It was a weird situation that cost us a lot of money that we didn’t have. It was both an emotional and financial slap in the face after a tough few months of work.

And the Obey moment(s) that made it all worth it.

A defining moment for OBEY was when that very window was paid for within 24 hours by donations from the audience and supporters from across the country. haha… It was very overwhelming for me to see it happen. I’m pretty sure that experience has something to do with why the OBEY Convention still exists. That feeling of support really stuck with me.

Besides that, there have been just so many amazing performances over the years. I can’t begin to list them all. I’d feel a real loss if I didn’t have these shows to look forward to each spring.

Favorite surf spot: If I told, I’d be run out of the Eastern Shore.