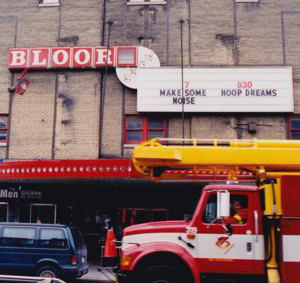 From the conducted thangs of Christopher Bateman:
To the casual observer, Toronto rap history can be traced like this: Maestro blew up (then) “Northern Touch” dropped and made stars out of Kardi BaKardi and Choclizie (then) Drake became the biggest rapper in the world. Well, somewhere in between “Symphony in Effect” and “Northern Touch” there was a burgeoning underground hip hop community in Toronto that, thanks to filmmaker Andrew Munger, has been documented and preserved. The film follows then up-and-coming Toronto rap groups like Ghetto Concept, Nu Black Nation and MVP, creating what now stands as a time-capsule peek into 90’s Toronto hip hop. Sixteen years after Munger’s Make Some Noise premiered at TIFF, the film is finally getting proper distribution (well, if the Internet counts as distribution) through some of the folks at Ugsmag. Check for appearances by a baby-faced Mos Def, a thugged-out Jelleestone and a freestyle from Mr. Canadian Idol! You can check the flick below or click here. I’ve also included some scans of photos and newspaper clippings from the time of release. 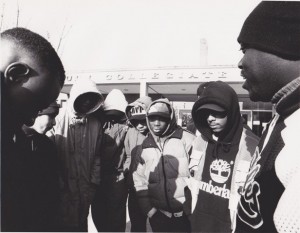 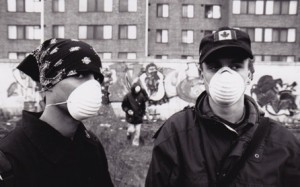 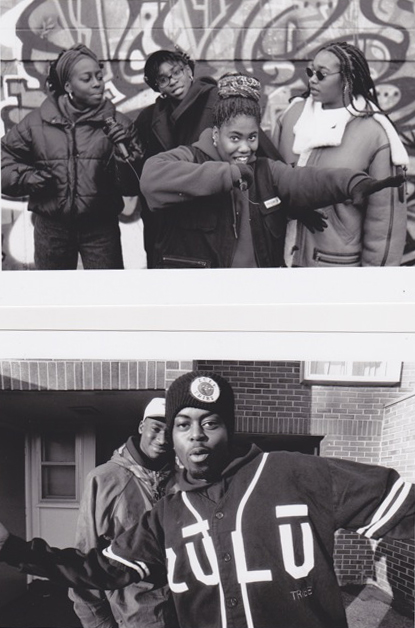 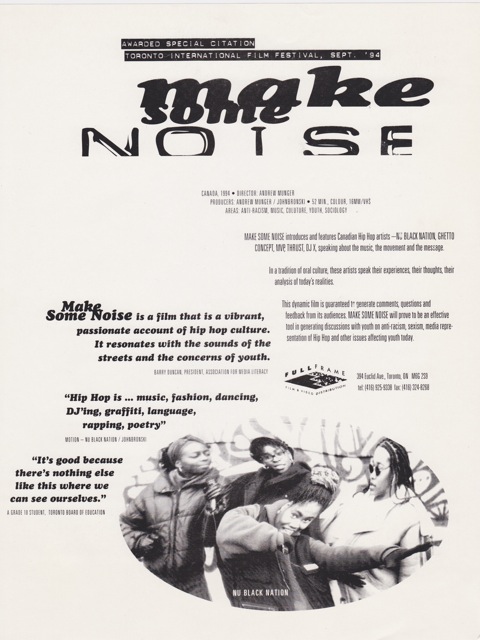 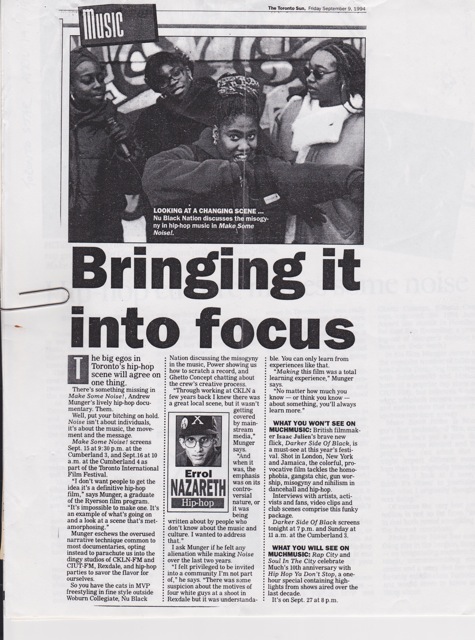 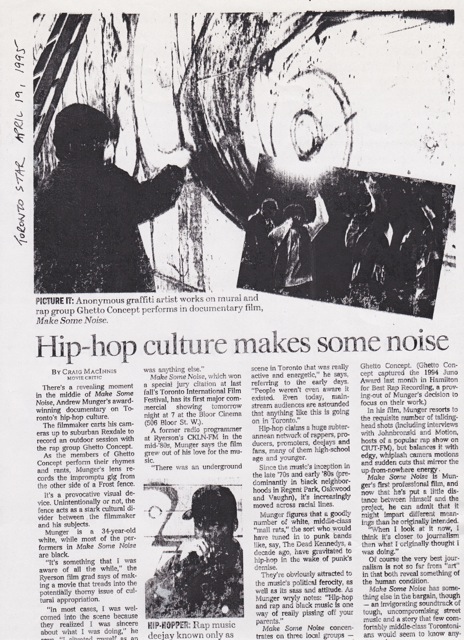 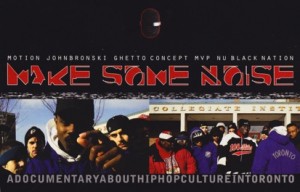